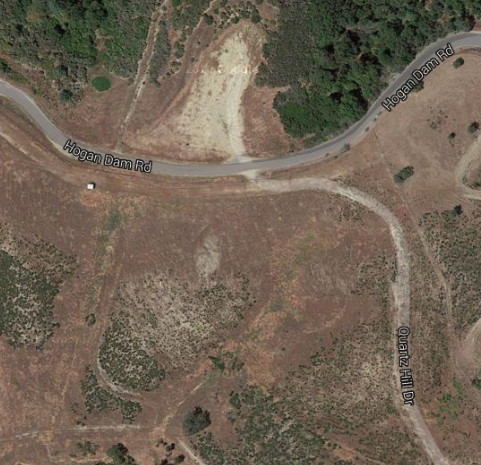 In 2007 the Pulidos’ neighboring property owner, Pereira, informed Mr. Pulido that he was going to put a lock on the gate. Mr. Pulido told Pereira to give him a key to the gate if he locked it, and Pereira said he would think about it. The Pulidos continued to use Quartz Hill Drive to access their property, until one day they arrived at the gate and a woman there told them a court case had been filed and they were not to use the road anymore. Pereira later installed a lock and dug a trench across Quartz Hill Drive.

Pereira’s actions in blocking Quartz Hill Drive affected several of the neighbors in the area, and on November 28, 2007, Roman and Rosa Olavarrieta and Gary and Rachael Fong, joint owners of a neighboring property, filed a complaint to prevent Pereira from blocking their access to Quartz Hill Drive, and to determine their right to a prescriptive easement. Neighboring property owners Barbara Glenn, Erasmo Olavarrieta, and Donna Pyeatt were later added as plaintiffs in the action. The Pulidos were named defendants in that action.

On appeal, Pereira argued, among other things, that Civil Code section 1009, which provides that the public’s use of another’s property for recreational purposes will never ripen into a vested right, prevented the Pulidos from acquiring a prescriptive easement. The court disagreed and held that section 1009 has no application under the circumstances in this case. Subdivision (a)(2), of section 1009, provides that “[o]wners of private real property are confronted with the threat of loss of rights in their property if they allow or continue to allow members of the public to use, enjoy or pass over their property for recreational purposes.” (Emphasis added.) Subdivision (b) provides that “no use of such property by the public after the effective date of this section shall ever ripen to confer upon the public or any governmental body or unit a vested right to continue to make such use permanently,” unless by a written irrevocable offer of dedication that is accepted by a public entity. Pereira argued that this statute prevented the creation of a prescriptive easement over his property (Quartz Hill Drive) because the Pulidos used the road to access their own property, and because they used their own property for recreational purposes, i.e., shooting guns, walking around, and picnicking. The court rejected that interpretation.

Finding the statute ambiguous, the court looked at the Legislature’s intent in section 1009 to encourage landowners to allow recreational use of their land without the threat of the public obtaining an interest in the property as a result of the use. The court and held that section 1009 did not apply here (1) because there is no question of public use; and (2) because the recreation taking place is neither on Pereira’s property, nor is Pereira’s property being passed over by the public to reach a public recreational area. The court distinguished Bustillos v. Murphy (2002) 96 Cal.App.4th 1277, because the Pulidos sought a right-of-way easement to access their own property, which makes their interest distinguishable from the interest of the public at large. In short, the court held that the prohibition against prescriptive public recreation easements in section 1009 does not apply where the use of the servient tenement is private and no recreation is taking place on the servient tenement.

The information presented in this article should not be construed to be formal legal advice by Abbott & Kindermann, LLP, or the formation of a lawyer/client relationship. Because of the changing nature of this area of the law and the importance of individual facts, readers are encouraged to seek independent counsel for advice regarding their individual legal issues.